Aspect Legend: Aspect Star III was released in August 2016, right when I stopped being unemployed. It’s got a large, continuous world of nine “areas”, features my first attempt at writing music, and more. But what could it have been? One of my favorite sites is The Cutting Room Floor, a wiki dedicated to unused content in games. So let’s take this opportunity to look at what I forgot to delete!

Aspect Legend consists of a 16x16 grid of rooms; all of the areas (except for the one that becomes a shooter for no reason) fit into this grid, with enough room for another area or two to spare, really.

However, of the rooms that are filled, only one is unused. 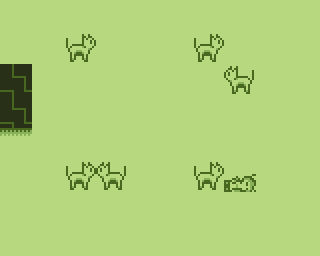 Area 9 is the last area of Aspect Legend, and takes kind of a “conceptual” feel. There are no enemies, and instead the plot is explained through vignettes, culminating in the game’s odd ending.

But this wasn’t always intended to be the case! The area 9 tileset, its colors inverted from the rest of the game’s assumptions, is fully functioning, and features tiles for all three aspects, of which only one is used in game, as well as a block tile, which isn’t used.

Why wasn’t this used? The Area 9 as planned didn’t really offer anything over Area 8, and I deliberately wanted to make the ending something different.

Aspect Legend’s graphics use the Terraformer graphics system, a custom setup that uses json files to store paletted pixel art. (This paletted characteristic is what makes the Game Boy Color palettes very simple to implement) The graphics are contained in the file aspectstargb.terra.

This file also contains a full page of my working information I never deleted. Not too much interesting here, but it does show a column in the Area 5/8 tileset. (removed to make room for the statue facing the other way) More interesting is the airplane… unfortunately I don’t know why I put it there. 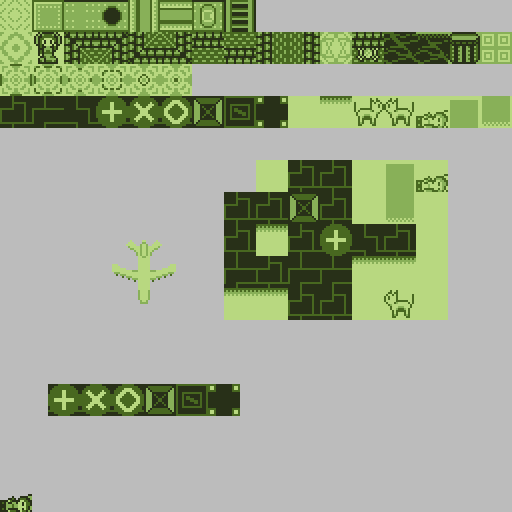 Well, actually, that’s it. Aspect Legend isn’t a big game, and when you have a single developer and a non-tortured, easy-going dev process, well, you’re not going to have very much interesting. But I always think it’s interesting to go beyond the veil, so hopefully you do too. :) Have a nice day!