Holy crap I forgot about this blog! Well, actually, I’ve just been busy– changing jobs, and moving to a new location will do that to you. (The change of seasons to depressing, snowy winter doesn’t help either) But we’re back! And this time we’re taking another look at the Atari 130XE I mentioned before… and going to look at some problems.

Now, before we get started, I should note that this is just a quick post I wrote up; most of these issues are probably fixable, I just wanted to toss out a quick “how I spent an hour or so screwing around” post. Perhaps if I get them fixed I’ll write up a new post explaining how :) 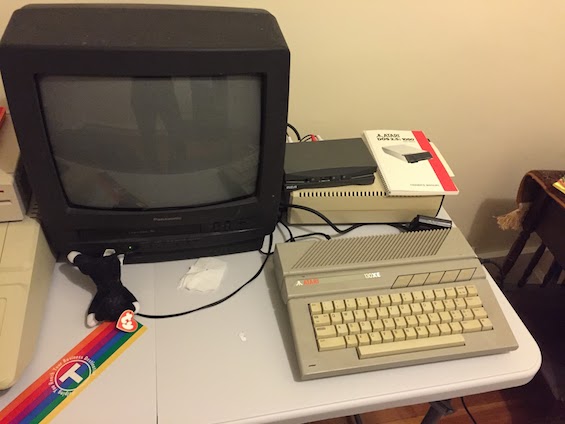 At the new place, I decided I wanted a CRT. In the longer run, getting a real composite monitor is probably ideal, but this TV was free on Craigslist, so why not? (It also plays VHSes, which is definitely something I’m going to want to do at some point) 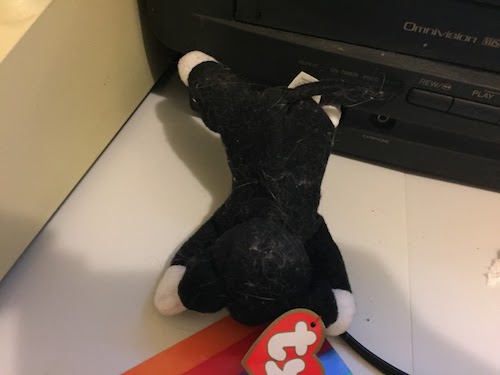 These old machines were generally designed to be seen on CRT screens; things like composite artifacting and the aspect ratio just aren’t the same as on a modern flatscreen… and gods forbid you want to use something like a light pen, those simply have no chance. Many games would design themselves for these lo-fi screens; when you look at them in a pixel-perfect emulator or a modern TV, you see things the designers simply didn’t intend. (But in some cases things really do look better pixel-perfect… The number one rule, everything varies and all rules have exceptions)

Let’s plug in a game! 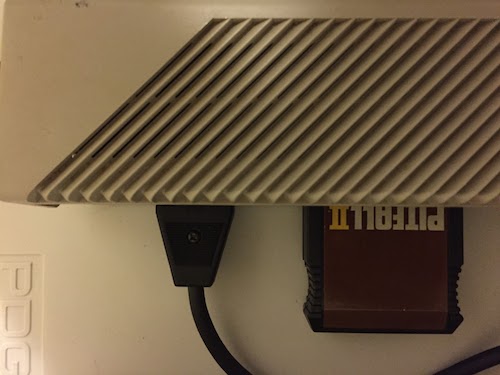 Pitfall II: Lost Caverns is an excellent side-scroller, with a lot of innovative concepts like checkpoints, music that changes mood as you play, and all sorts of things. The Atari 2600 version is particularly impressive since the cartridge contains some extra hardware; that hardware isn’t needed on the Atari 8-bits. 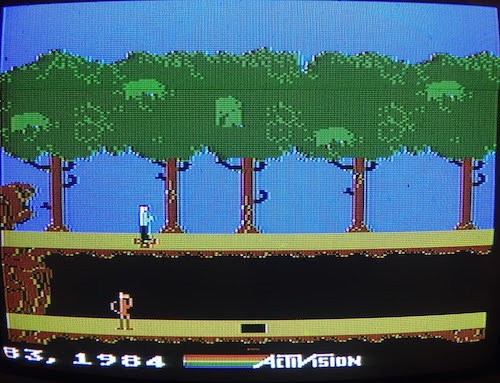 And it looks great on a CRT. According to David Crane (source: Racing the Beam by Nick Montfort and Ian Bogost) Activision used as their dev testing machine the cheapest, crappiest TV they could find at a department store, assuming that if it looked good there, it’d look good everywhere. 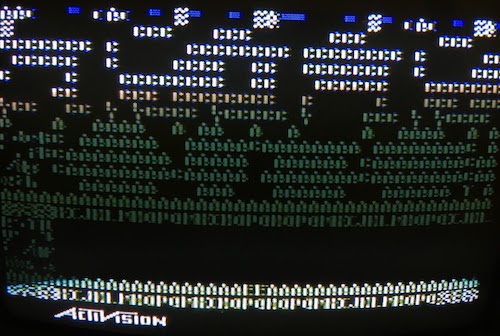 Oh yeah, and old cartridge games can be finicky sometimes, especially if the cartridge slot’s not clean. Try not to bump them.

So, I press the right key on the Genesis controller I was using to control Pitfall Harry, and… this happens:

And I’m honestly not quite sure why this is. The problem is that it’s hard for me to test; I’m going to need more equipment to look at it from an electrical level, and at the moment I don’t have anything else that uses this formerly-ubiquitous cartridge port to see if the controller is working.

But surely the disk drive will save us!

The astute reader will note that in my initial article on the Atari 130XE, I mentioned that I had disk games, and a disk drive, but no SIO cable. Well, I have that cable now, and everything’s hooked up. Let’s see what happens! 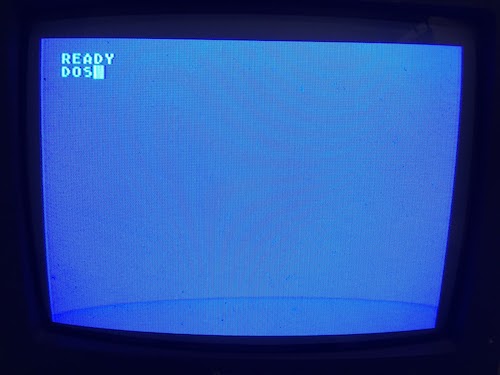 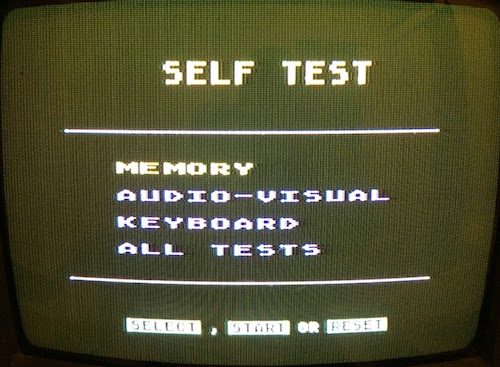 Oops! That’s not DOS. (In fact, the computer goes into self-test if you type DOS without the drive powered on at all) There’s a few things I’ve tried to actually get the disk to boot; none have worked yet, and no bootable disks I have have worked yet either. For example, initially I had failed to actually set the drive to drive 1; the manual claims you only need to worry about this if you have multiple drives (which I don’t), and it didn’t make a difference.

So, this might seem like a bust to you– and it’s not! I mean, look, if all I wanted to do was play Pitfall II or Seastalker or whatever I could just open up an emulator or buy a remastered version or whatever. The point of having the older system is the experience– and unfortunately or fortunately, a big part of the experience is in debugging. Wish me luck and perhaps we’ll get these figured out! :)

…and yes, I failed to play Atari today. I’m so sorry!