In 1977, Atari released the 2600. (Well, okay, they released the Video Computer System, catalog number 2600) So that makes it make a little more sense that when they released the successors, which unlike the 2600 were designed to be useful as computers too, they gave them the numbers 400 and 800. And then they summed those together to get the successor, 1200XL, with the XL to denote it was smaller than the previous, heavy systems. And then… okay, Atari’s 8-bit branding doesn’t make much sense. But they’re cool machines. And I have one now!

Peer into the machine 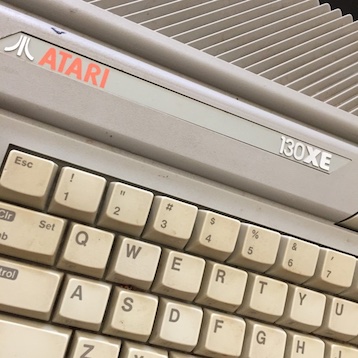 The Atari 130XE was released by Jack Tramiel’s Atari Corporation in 1985, and let’s be clear here, by this point the Atari 8-bit’s were old news. Tramiel bought the company to fund his development of the more advance, Motorola 68000-based ST machines, and maybe I’ll get one of those one day. The XE family is the smallest, lightest, and honestly flimsiest 8-bit model, but the XE130 is the only one to come with a stock 128KB of RAM (hence the number, which fits into the same naming scheme as the 16-bit 520ST and 1040ST). It had a little sister too, the 65XE, which was missing the expansion port and had only 64KB of RAM. 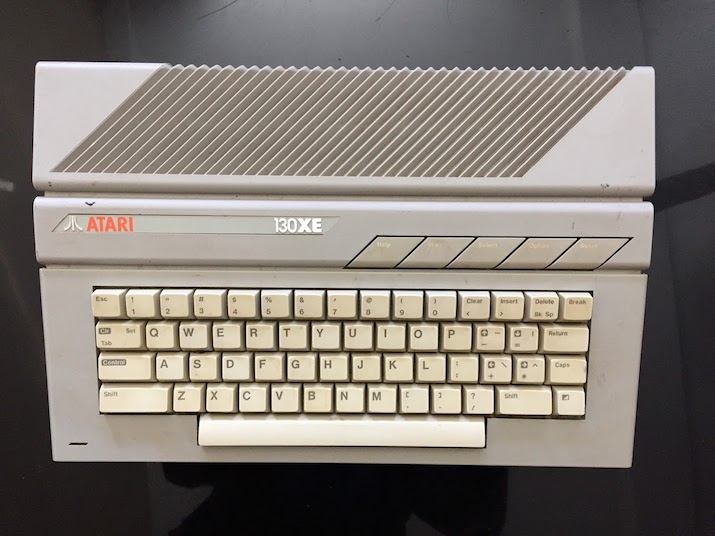 This machine is firmly in the line of 80’s keyboard-included computers. Sadly, in this case that’s not a great thing. The keyboard is mushy, the keys simply aren’t fun to type on– and that’s coming from someone who is a happy with a modern Apple MacBook with their low-profile keys. The buttons on the top row (Help, Start, Select, Option, and Reset) are even worse, basically feeling like there’s nothing underneath. Not sure how much of that is just age, but these were known for their bad keyboards. If that matters, the classic 800 or certain 800XL is said to be better, but I can’t speak to it.

So, how does this particular 130XE hold up? Well, that’s… uh… a good question. As you can see, the machine features a cartridge port (betraying that game console origin? Well, maybe, but back then even IBM put cartridge ports on PCs), and extension (in a cost-cutting move, Atari Corp. combined the XL-series expansion interface with the cartridge port), power and monitor plugs (I’m using mine over composite video), and RF modulator. And, on the left, that glorious SIO (Serial Input-Output) port, a predecessor to USB. And though I have a disk drive, and disk games to try out, I don’t actually have an SIO cable. It’s in the mail! 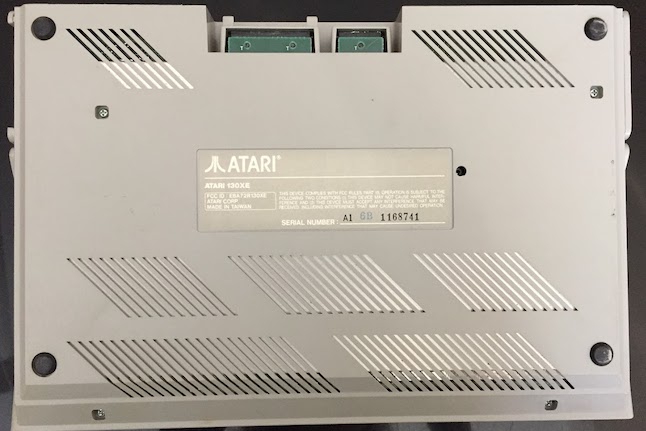 One thing I can assure you is that all that RAM passes the internal tests, and BASIC works. (Well, close enough)

About that disk drive… 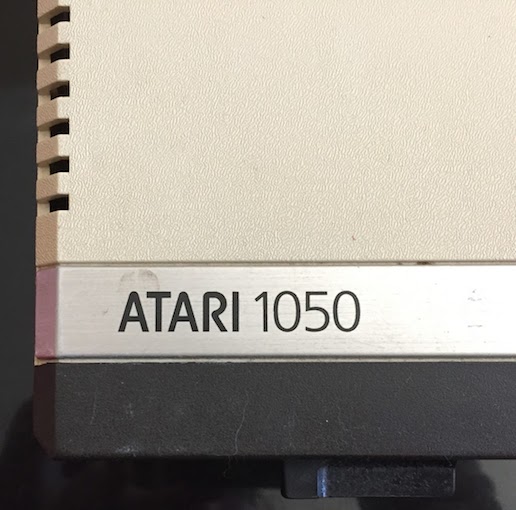 The Atari 1050 (Atari loved numbers) belongs to an earlier generation of Atari 8-bit hardware; it was designed to sit alongside the 1200XL. Honestly I like this design school a bit better than the beige-box XE-series, so I’m fine with it. But it is huge. 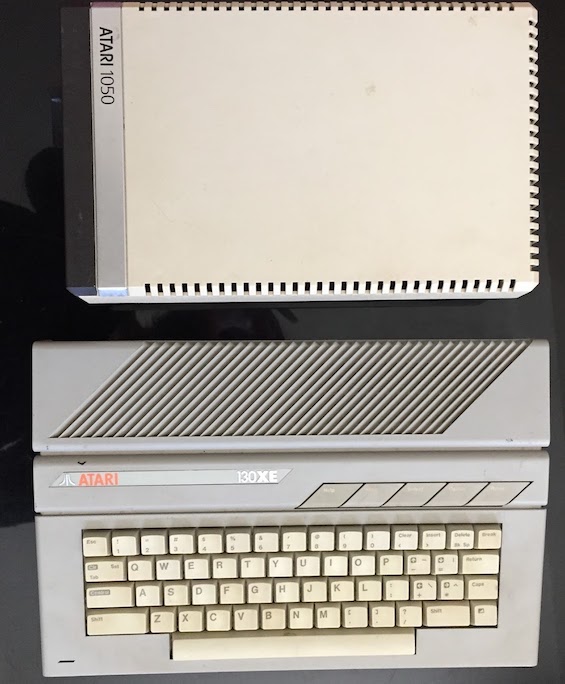 As I said, I haven’t actually gotten a chance to use the Atari 1050. It’s a pretty standard 5.25” disk drive, and I don’t anticipate much problems with it. 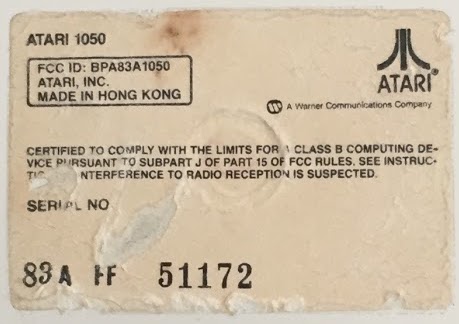 So, no, I have not played Atari today. But perhaps, one day, I will! This machine was well-known for its graphics and audio prowess; its chipset was used in two game systems (the Atari 5200 and the Atari XEGS), and its designers went on to design the Amiga. With disks in hand already, I look forward to checking it out! (Where’s that damn cable…)