It’s the early 1980’s, and you’re in charge of the Timex Corporation. You have a pretty good business with Clive Sinclair, manufacturing his machines for the European market, and reselling his ZX81 in the US as the Timex Sinclair 1000. It’s a primitive machine, with 1K of RAM and only CPU-controlled graphics, but it’s a good introduction to computers and BASIC. But wouldn’t it be nice if you could sell something a little better?

Clive Sinclair’s got the machine for you, the Sinclair ZX Spectrum. (Pronounce that zed-ecks, please, or the British will get mad) It’s got up to 48K of RAM and a 15 (technically 16) color palette, and it’s a hit in the UK. But the UK market’s not the US market: over here, computer buyers were moving away from tape drives, and towards more graphically capable machines from the likes of Commodore and Atari. What’s a watch-turned-computer manufacturer to do? Upgrade it, of course! 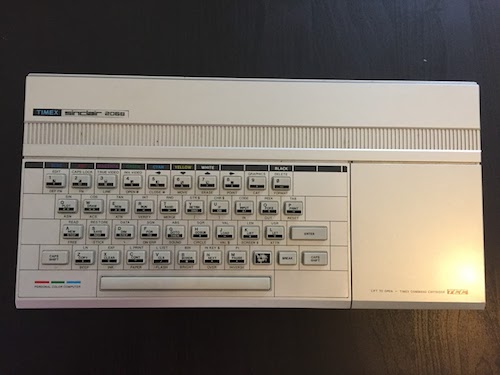 The Timex Sinclair 2068 gives us a unique picture of what corporate executives thought the US market needed in 1983, and what the Sinclair didn’t have. 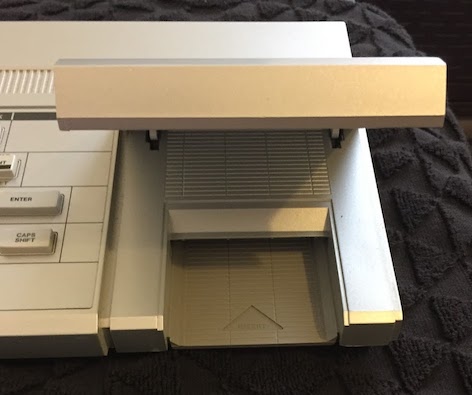 I said above that this is what corporate executives thought the US market needed. It didn’t quite pan out that way– with the market in the midst of a Commodore-led price range, the price wasn’t that interesting. The computer had an excellent BASIC (using the same single-key command entry as the other Sinclair machines), but the market was moving away from users as programmers, to buying pre-purchased softare. And with all those changes, ZX Spectrum software couldn’t run without many changes, so buyers couldn’t even benefit from cheap ports. Timex Computer Corporation folded within six months of the 2068’s release. 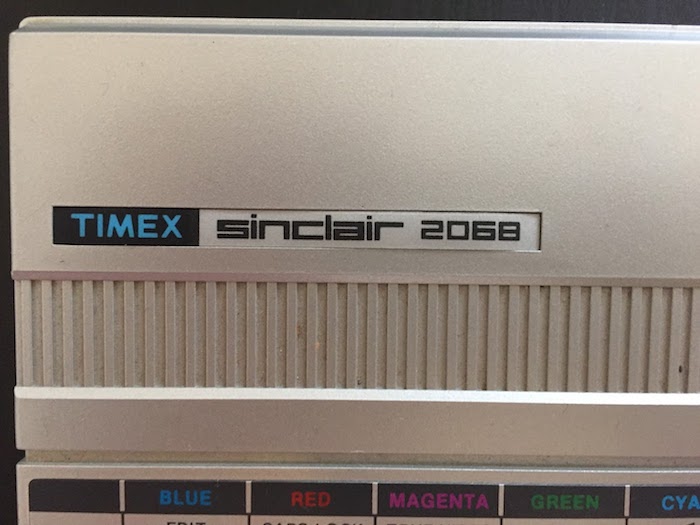 Don’t cry too much for the 2068 though; the new ULA (Uncommitted Logic Array, a customized chip that formed the heart of both the ZX Spectrum and the TS2068) survived in Europe via the TC2048 and TC2068 computers, which were sold in Poland and Portgual and enjoyed a moderate success, lasting until 1989. 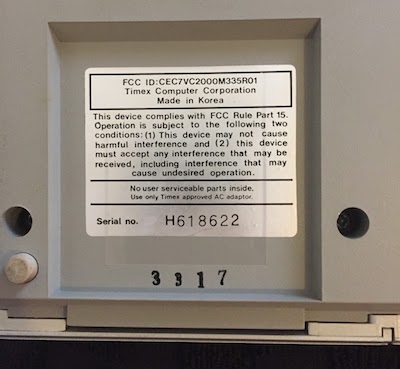 No user servicable parts inside? We’ll see about that!

I’ve got plans for this machine. With its short lifespan, there just really isn’t that much software available for the 2068. That cartridge slot may be cool, but it’s less cool when there isn’t anything good to put in it. But the machine is still achingly close to the ZX Spectrum, a machine with tons of excellent softare that never got an official US release. Surely we can do something about that?

My plan, and this will be a follow-up blog post if it happens, is to take the ROM from the TC2048 computer mentioned above; a Spectrum-compatible (~97%) machine that shared nearly exactly the same design as this machine. With some modifications, we should be able to turn this machine into something that can both run Spectrum games (in NTSC rather than PAL, but what’s a few Hz between friends), and still switch to the new ROM too. Wish me luck! 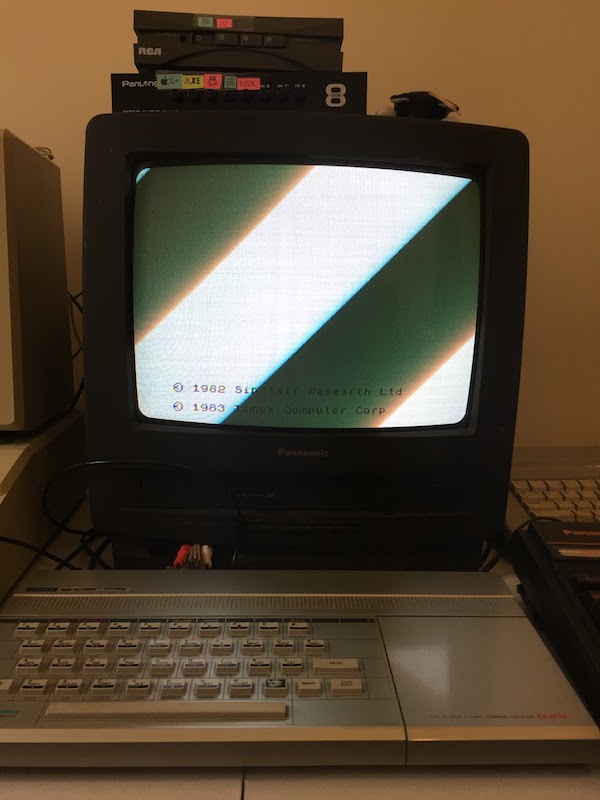