Retrocomputers are often judged by their games, and thus, by the gaming characteristics of graphics and sound. We ignore the fact that Apple ][s were pretty often running VisiCalc on monochrome monitors, because we’d much rather talk about Ultima V in that glorious artifact color. And that’s something that’s hurt the reputation of Tandy/Radio Shack– the TRS-80 Model I was amazing for its time, but lacking colors or even graphics modes, was never going to lead in gaming. But that would change with the Tandy 1000… and wouldn’t you know, I have one of those right here!

The Tandy 1000 line basically did what IBM should have done with the PCjr, and really, the sound and music capabilities weren’t the problem there. With the PCjr a miserable failure, in an era where the PC standard only included a PC speaker, the onboard 3-channel Tandy voices (the same sound chip as the Sega Master System, and of my game Space Ava) and 16-color graphics were a breath of fresh air. 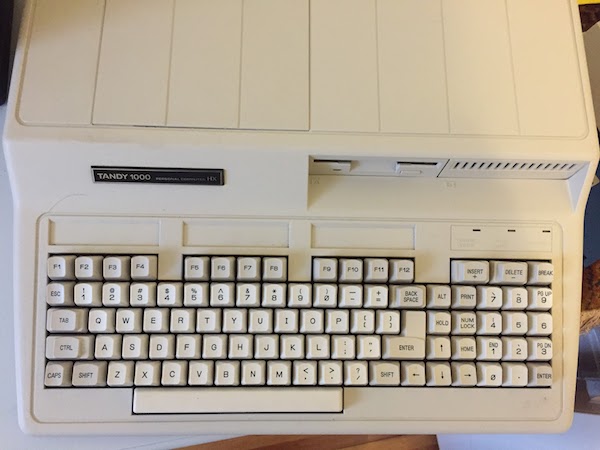 This particular machine is a 1000HX, because you know I can’t resist keyboard all-in-ones. Unfortunately, that means no standard ISA slots, because you pay for that small beauty. But this machine has the full 640KB RAM upgrade, and honestly I don’t need too much more than that.

So why isn’t the a “Nicole Buys Stuff” post? Well, it’s pretty simple– I bought more “stuff” to go with it, and that hasn’t arrived yet. But I do have a fun little story here! 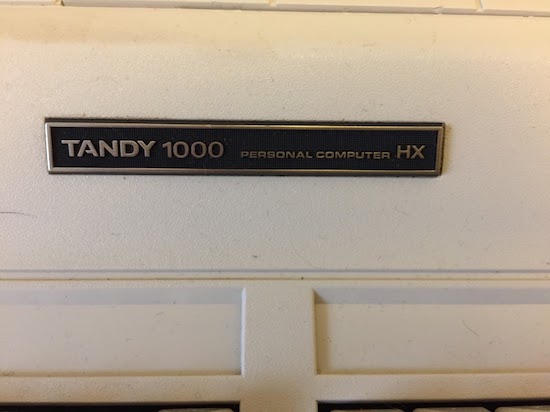 The HX model also has a built-in 3.5” 720KB floppy drive. It’s a PC compatible, so that’s the very same standard that preceded our well-known 1.44MB high density disk standard. This opens an intriguing possibility; copying files from my modern-day 12” MacBook to the Tandy, without needing any special hardware on the Tandy side.

So let’s buy a floppy drive! 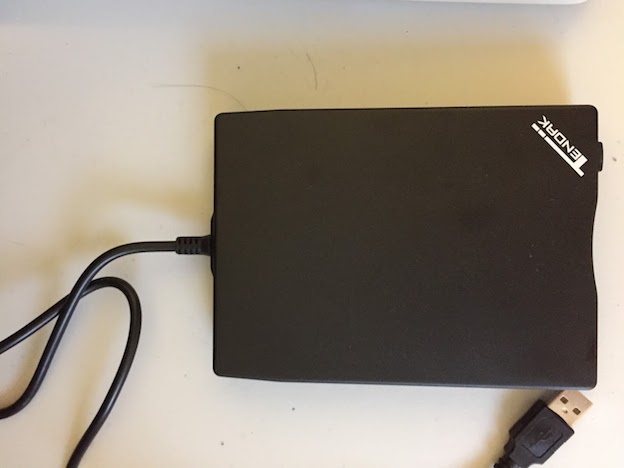 You have to be a little careful with USB floppy drives; not all of them support 720KB disks. But I did my homework, and this model says it can write to 720KB disks, so it’s probably perfect. I did a quick check by editing a RESOURCE.CFG file manually in Vim, the edit showed up fine on the Tandy, so all is well! Time to order some fresh disks and go at it. (This is where you scream at your monitor, knowing the monster is about to get Nicole)

So, the fresh disks arrive, new old stock Sony double-density floppy disks (no picture needed, just go look at the save icon), so fresh that they haven’t even been formatted. So, lets pop one in the drive and format away!

Yep, this drive shows up as a USB drive on macOS. Can read and write files fine, but formatting is a much more low-level process, and it just doesn’t have that capability. (No, you can’t just have the OS format it like a USB stick) So at this point, I’m pretty annoyed… Apple’s penchant for killing backwards compatibility has struck again! If only I had a Windows machine… 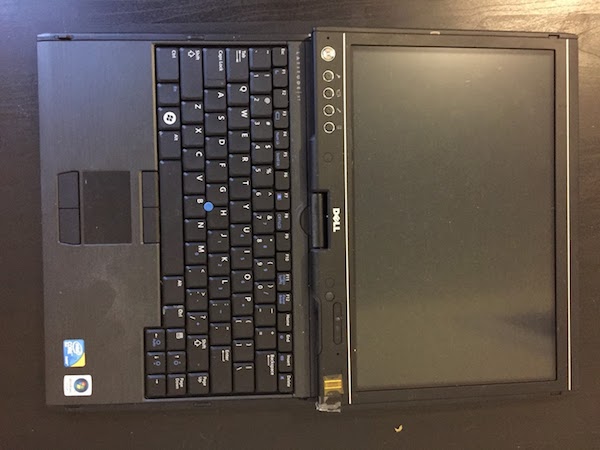 Our knight in shining armor here is a Dell Latitude XT. I bought it in college from the Dell Outlet in order to learn to draw (didn’t happen) and to take notes in class (preferred paper), but never really got rid of it between then and now. And it still has the Windows Vista install it came with, so let’s give it a try!

It’d be a bit of a pain if we had to rely on this machine, as it’s too old to safely connect to the internet, but I’m sure I have a USB stick or an SD card somewhere around here if push comes to shove. But Windows is nice enough to recognize this as a floppy drive, so now let’s just see if I can format it… to format a 720KB disk in modern Windows, you need to use the command line, but it’s definitely doable.

Well, spoiler warning, it may be doable but it didn’t work. And can you guess why? My USB floppy drive can read 720KB disks, it can write to 720KB disks, but… it can’t format them. I don’t know if it can even format high density disks; the people buying these drives are mostly doing it for reading disks they already have.

What do we have here:

So, how can we get files from the modern computer into the Tandy 1000? I was pretty frustrated at first, thinking I’d have to go and find a new floppy drive, probably a pricier model rather than this cheap mass-market one. But then I figured out something!

It’s 2017, and you can find pretty much any software on the internet. That includes the system utilities disk for the Tandy 1000HX, and that includes FORMAT.COM, which allows us to format disks. By putting the tiny executable on the working Sierra disks (which are missing files anyway, hardly pristine), we can use the Tandy’s own floppy to format it– from there, the USB drive works just fine.

It’s a bit annoying to have to remember to format the disk on the Tandy first, but it’s way easier than it would be to get files from my laptop onto the Apple ][… this opens up a lot of software that frankly is just impossible to get on 3.5” floppies. And I’m not just talking about piracy… you can actually buy some of these games today! Sites like GoG will package them with DOSBox or the like. But who needs DOSBox when we have DOS? …in a box. A grey box. That says “Tandy 1000” on it… okay I’ll stop now. 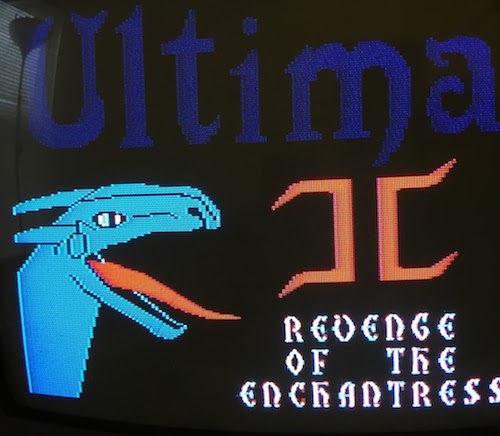