It’s a very tragic story! Many years ago, you see, a copy of Super Bomberman drowned in this spring. Now whatever game falls into this well, when doused with cold water, becomes Super Bomberman! What, you don’t believe me? Check this out! 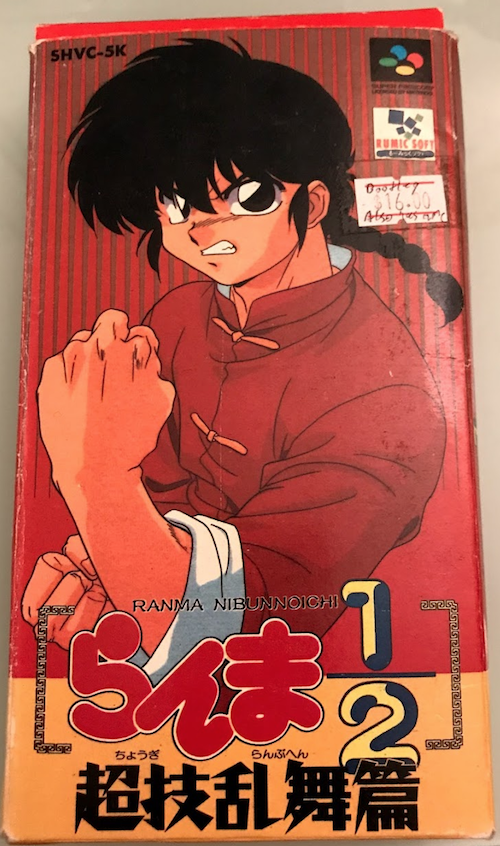 Any Japanese complete in box Super Famicom game showing up at a local thrift store (I live in the Northeastern United States) is a bit odd. But what’s this on the price tag? 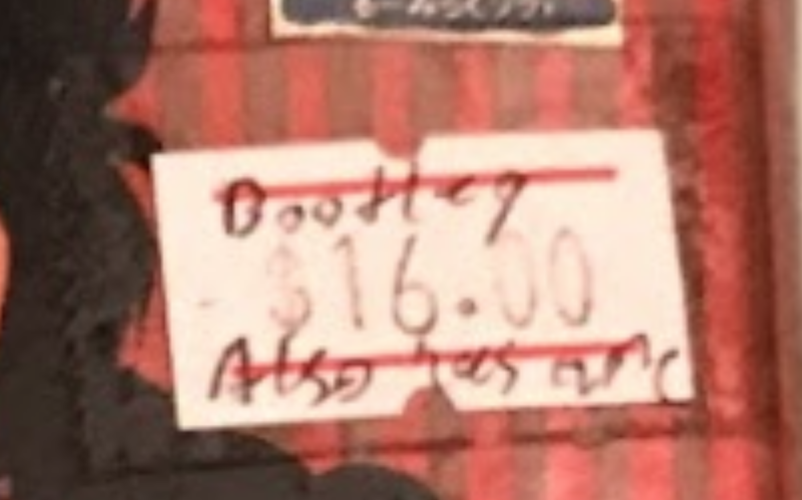 “Bootleg” and “Also has more”. (Also, I didn’t actually pay that much for it) What could those mean? The woman staffing the counter said that the game changed to a different game occasionally, but had no idea why. That was intriguing enough. Inside we find a manual, and a cartridge. I don’t have any real copy to compare to, but I’ve certainly seen worse-printed bootlegs. But there is something odd about the cartridge when you flip it over… The Super Famicom used an odd form of region lock; games for the two NTSC regions (North America and Japan) generally work interchangeably and use compatible lockout chips, but the cartridges are shaped differently. SNES cartridges are boxier and can’t physically fit in the cartridge opening of a Super Famicom, and the SNES has two plastic tabs inside it that prevent Super Famicom games from fitting. Take a look at your SNES games and you’ll see those two gaps. But you won’t see them on a licensed SNES game. And just to confirm, this does fit in an unmodified US Super NES. (In this case, a Super NES Jr.) 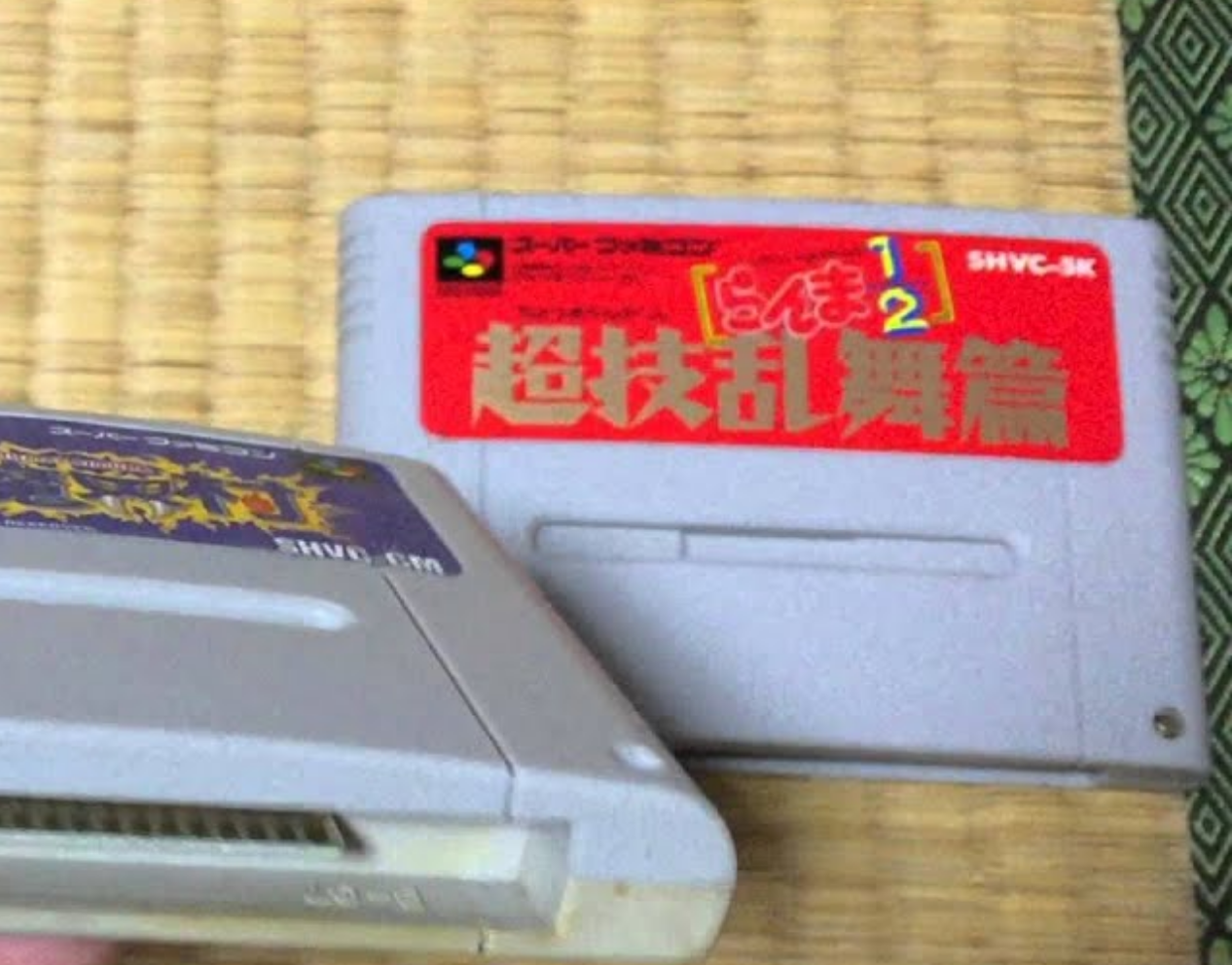 And just to prove this is odd, I found this YouTube video showing what I believe to be an authentic cartridge. The lack of spaces for the tabs to fit into is clearly seen.

So, let’s plug it in

The photos for this are taken from an Analogue Super NT, an FPGA clone of the Super NES. This is because as usual, I’m just taking pictures of the TV, and wanted to give you the most high-quality look. When I turned on the cartridge, I was immediately brought to Super Bomberman. As far as I could judge from a few minutes of playing, the game worked fine. So then I decided to reset the game from the Super NT’s internal menu. Ranma 1/2: Chougi Ranbu Hen, as expected from the box and cartridge art. Any form of resetting alternated between the two games; both the internal reset and the reset button on the Super NT. (I’m not sure if they do the same thing)

So, the thrift shop was not wrong! This is indeed a bootleg copy of Ranma 1/2: Chougi Ranbu Hen that has more than just one game.

So, let’s look inside The cartridge bootleggers here really went the extra mile; not only does this game have decent box art and manual reproduction, it uses those incredibly annoying “Gamebit” screws that require a special bit. Thankfully, I already have one of those, and the cartridge opens up quick and easy. And inside, we see this circuit board. It’s definitely not an official PCB, as it lacks the Nintendo markings, but what it is I’m honestly not sure. I sent this around to some people I know who have a lot of knowledge, and all I got back was “that is very weird”.

So, I have no idea what the story of this weird cartridge is. If you have any idea, reach out to me and let me know! Otherwise, it shall remain on my shelf, in case I ever want to play Super Bomberman or Ranma 1/2. Could there be a more appropriate game for a transforming cartridge?